I recently spoke with Eric Wexler an attorney and Certified Public Accountant (CPA) who works with individuals on a variety of personal tax matters. We talked about the President’s recent executive order deferring some payroll tax withholdings for the remainder of 2020 and how it will affect federal employees. 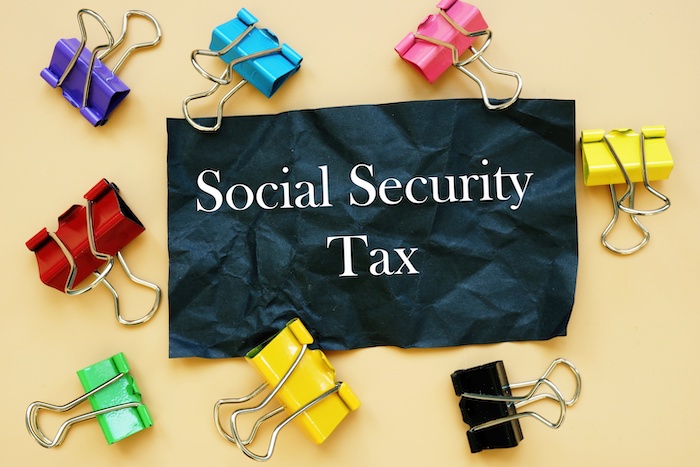 JOYCE: Hi Eric, thank you so much for taking time to talk to me about the current payroll tax withholding change and its effect on for federal employees. First, which tax withholdings are being deferred and for which period of time?

ERIC: Thank you Joyce; it is my pleasure. In short, the President’s Executive Order results in what would appear to be a four-month, 6.2% pay raise for certain workers, resulting from the deferral of the employee portion of Social Security taxes. I say that it would “appear to be” a raise because it must be paid back in full, which I detail below.

Some background on employment taxes may be helpful. Most people learn during their first W-2 job that their net paycheck is below the gross amount of their compensation. For example, if one’s income is $1,000 per week, that person would not receive the full $1,000 each week. The amount withheld by the employer is comprised of a variety of items. Some of the more familiar items include employee benefits, such as medical and retirement, as well as federal and state income tax withholding. In addition, employers must withhold payroll tax, which is composed of 2 things: Social Security (6.2%) and Medicare (1.45%). Similar to the federal and state income tax withholding, the employer remits these amounts to the government. Unlike federal and state income tax withholding, the employer matches the “employee portion” of the payroll tax withheld and remits that too to the government. It should also be noted that while the Medicare tax applies to all W-2 income, the Social Security applies only to W-2 income up to $137,700 (this amount usually goes up each year).

The Executive Order simply allows employers to stop withholding (and remitting) the 6.2% Social Security “employee portion” from September through December 2020 on workers who earn less than $4,000 per biweekly pay period (approximately $104,000 per year).

JOYCE: What does a deferral mean? Is this like a raise or do these dollars need to be paid back?

ERIC: Yes, they do need to be paid back. The 6.2% “pay raise” occurs during the period September through December 2020, and must be paid back during the period January through April 2021. The mechanism for paying it back is through double withholding during January through April 2021. That means that the employee will have 12.4% withheld from their check instead of the usual (pre September 2020) 6.2%.

It should be noted that the Executive Order does not “forgive” any tax; it simply defers the payment of the tax. While there has been much speculation as to what will happen during the repayment period, unless Congress acts, those taxes are technically still due and owing to the government.

JOYCE: We’ve seen a few memos to employees on the deferrals including: Department of Interior, Department of Agriculture, and the Department of Defense. They all seem to provide similar information that this will affect all federal employees (except Postal employees) who earn less than $4,000 biweekly. How can someone find out exactly how much their paycheck will change because of this?

This raises a number of questions. For example, what if someone earns 103,000 base salary but receives a $2,000 bonus in December 2020. Most of the issues can be answered as follows: the application of the Order is on a paycheck-to-paycheck basis. That is, a worker can receive the 6.2% “raise” in one paycheck, but not receive it in the next one. To use my example, if the bonus paycheck includes base plus the bonus and is therefore over $4,000, then that paycheck would not receive the “pay raise” of 6.2%.

A federal employee can look at their paystub and look for the “OASDI” tax line, which stands for old age, survivors, and disability insurance tax aka Social Security Tax) before the deferral started and afterwards to see the difference on personal paycheck/take home pay.

JOYCE: From everything we’ve ready it seems like there is no option to opt out for federal employees. That might cause quite a pinch in the first part of 2021 for people who aren’t prepared! Given that, is there anything they can do to change getting paid more now and having to pay it back later?

ERIC: A flip response would be to say, “quit your job on December 31, 2020.” Before anyone gets their hopes up, please note that this will not work as the employer would simply withhold the full amount to be repaid from the final paycheck. This is because the employer is ultimately responsible for paying this tax.

The correct response is to say that is a matter of personal finance. That is, the tax deferred should be saved for future personal expenses. Remember, the repayment will not be an out-of-pocket payment by the employee; rather, it will simply be through a smaller net take-home paycheck from January through April 2020. Unless one has put that “pay raise” aside, they may find themselves short on cash during the repayment period in 2021.

One creative solution would be to “smooth” the take home pay by increasing federal income tax withholding during 2020 and then decreasing it to below normal during the repayment period (January through April 2021). While the increase in federal income tax withholding during the remainder of 2020 would increase the taxpayer’s refund (or decrease the amount due) on their 2020 income tax return, unless that amount is paid back to the government, that taxpayer would have an income tax shortfall for the 2021 tax year. Another problem that might occur is that the employee may forget to increase the withholding back to normal after the repayment period and face an unexpected tax due on the 2021 income tax return.

JOYCE: Is there anything else affected feds can do now to try to be better prepared?

ERIC: Again, this is a matter of personal finance and the best way to prepare for this is to plan ahead financially. One way to do this is to set the “pay raise” funds aside (in a separate bank account perhaps) over the next few months so that the funds are available for drawdown when the lighter paychecks start in January. I think it goes without saying that this is easier said than done.

Tips for Taking Care of Mental Health During the Pandemic